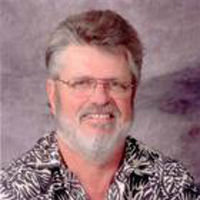 Darryl Dismuke
Agent/REALTOR®
darryl(dotted)dismuke(at)gmail(dotted)com
(830) 637-0006
(830) 637-0006
I was born and raised in the Central Valley in California. After college I was drafted into the Army where I spent 2 years. After returning from Vietnam I started my own Electrical Contracting business where I remained for the next 23 years. In 1989 my wife Anita and I moved to Chama, NM where we owned and operated a Bed & Breakfast for 13 years. After selling the B&B in 2002, we moved back to California where we both were in Real Estate until we decided to move to Texas in 2009. Shortly after moving to Texas, I earned my Texas Real Estate License and now work with Texas Hills and Lakes Real Estate.
Texas Hills and Lakes Real Estate